1973, Bangabandhu Sheikh Mujibur Rahman taking oath as the Prime Minister of Bangladesh for the second time. 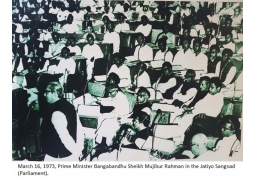 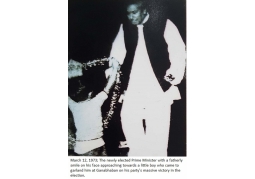 March 12, 1973; The newly elected Prime Minister with a fatherly smile on his face approaching towards a little boy who came to garland him at Ganabhaban on his party’s massive victory in the election. 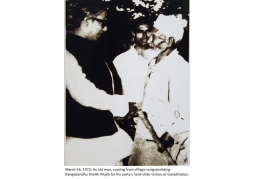